The three northern Dutch provinces of Groningen, Fryslân and Drenthe are aligning themselves with a convoy of six semi-self-driving cars, which shall drive from Groningen via Helmond to Rotterdam on Wednesday 13 June 2018.

The cars shall travel this route in order to draw attention to driving safety systems in the cars. The trip sets off from the 5G Lab at the Zernike Campus in Groningen, where an autonomous small bus is currently tested. En route the convoy shall stop at the Dutch TT race track in Assen, where aerial images shall be made of the convoy by a drone.

The trip – an initiative of risk and insurance advisor Aon – starts around 07:30 AM at the 5G Lab in Groningen and finishes around 05:00 PM in Rotterdam. En route – at the TT race track in Assen – a drone of the Drone Hub shall accompany the convoy in order to make aerial images of the trip. Another stop is scheduled at the Johan Cruijff Arena, where a demonstration of autonomous parking shall be given. Half way – around 01:00 PM– the convoy shall stop at Helmond for a round table discussion at the Automotive Campus with the intention of initiating a public /private dialogue regarding the effects of ADAS on traffic safety. ADAS stands for Advanced Driver Assistance Systems; examples of which are: Adaptive Cruise Control, autonomous braking systems, Blind Spot detection and Lane Keeping Assist Systems. A mere 4% of the Dutch vehicle fleet – which in total counts over 8 million passenger cars – is currently estimated to be equipped with these kind of safety systems. The convoy shall be ‘connected’ throughout the trip, which means that approaching traffic is carefully informed via Flitsmeister, Waze as well as by the ANWB traffic information service.

This test is a follow-up of a previous ‘National Platoon Test’ on the public road in March 2016, which involved nearly sixty vehicles driving completely autonomously in sequence, using among others Adaptive Cruise Control and the Lane Keeping Assist System. The trip, which attracted a lot of media attention, was aimed to promote (the use of) driving safety systems within the car importing and leasing sector as well as the political establishment. 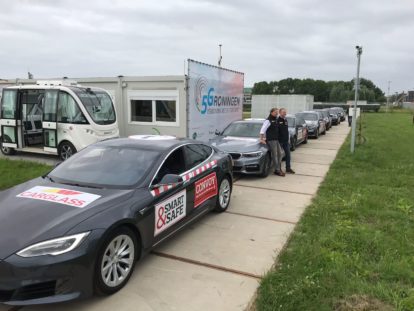 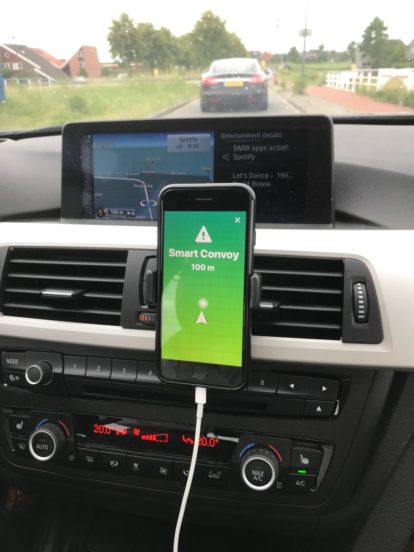